Preinstallation the most important link of the preinstallation of the sleeve type pipefittingsdirectly affects the reliability of the seal. Special precursors are generally required.Fittings with small diameter can be preassembled on the bench vice. The specific approach is to use afittings as the matrix, the nut, clamping sleeve can be pressed to the pipe. There are mainly sleeve type through pipefittings, sleeve type end through connecting head, sleeve type three-way pipefittingsand other types. The author found that even for a batch of goods from the same manufacturer, the depth of the conical hole on thefittings body is often not the same, resulting in leakage, and this problem is often ignored. The correct way is to use what kind offittings body is used at one end of the pipe, and the correspondingfittings end is pre-installed with the same type of fittings, so as to avoid leakage problems to the greatest extent.

The end face of the pipe should be flush. After the pipe is sawed, it should be polished evenly on grinding wheel and other tools, and the burrs should be removed, cleaned and cleaned with high pressure air before use.

During pre-installation, the coaxiality of the pipe and thefittings body should be kept as far as possible. If the pipe is too deviation, it will also cause sealing failure.

The pre-installed force should not be too ambassador that the inner edge of the sleeve is just embedded in the outer wall of the pipe, and the sleeve should not be obvious deformation. When connecting pipes, assemble according to the specified tightening force. The clamping force of the 6-1 sleeve is 64-1 15N, 16ф MMR 259N, ф18mm for 450N. If the jacket deformation is serious in pre-installation, the sealing effect will be lost.

Do not add sealant and other fillers. Some people in order to achieve better sealing effect, in the card sleeve coated with sealant, the sealant was rushed into the hydraulic system, resulting in hydraulic components Yin nihole blockage and other faults.

When connecting the pipe, the pipe should have enough deformation allowance to avoid the pipe being subjected to tensile force.

When connecting the pipeline, it should avoid being subjected to lateral force, which will cause lax sealing if the lateral force is too large.

When connecting the pipeline, it should be good once and avoid multiple disassembly, otherwise it will make the sealing performance worse. 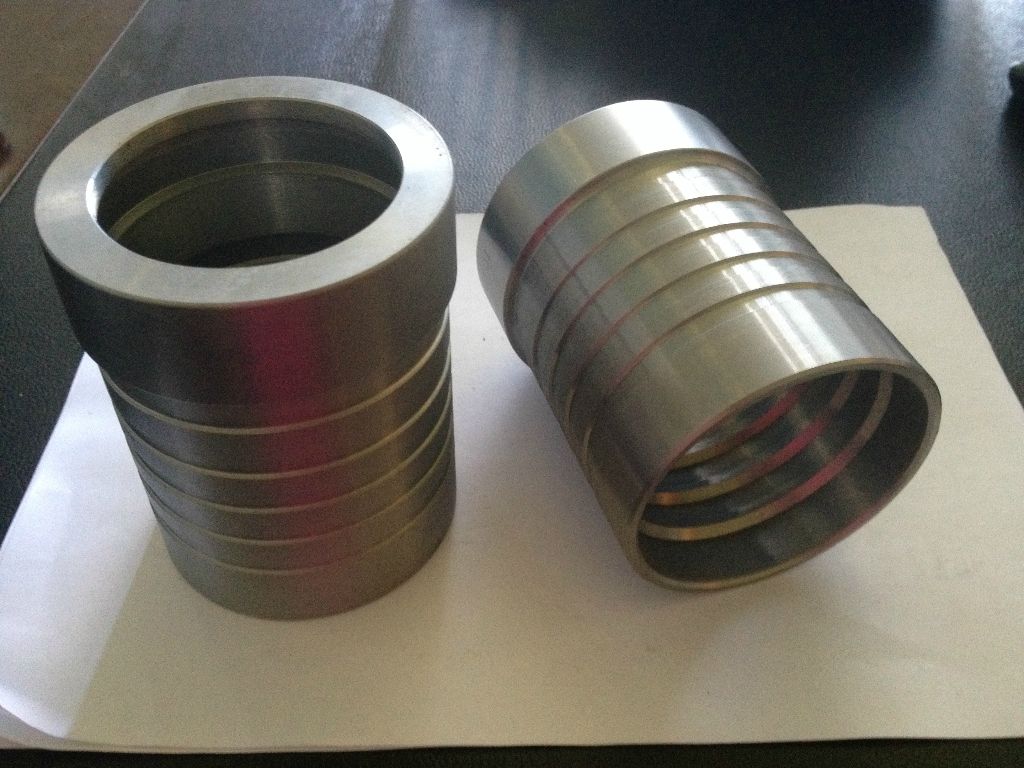 (1) Pickling of pipes required in Chapter 9 shall be carried out first;

(2) Cut the pipe according to the required length with sawing machine or special pipe cutting machine and other tools, it is absolutely not allowed to dissolve the pipe (such as flame cutting) or grinding wheel cutting; Remove burrs inside and outside the pipe end, metal chips and dirt; Remove the anti-rust agent and dirt of the pipefittings; At the same time to ensure the roundness of the pipe;

(3) the nut, the sleeve has been set into the pipe, the front edge of the sleeve (small end) from the pipe mouth at least 3mm, and then the pipe into thefittings body cone hole, top until;

(5) Open and check whether the jacket has been cut into the pipe and whether the position is correct. The jacket is not allowed to have axial movement, but a little rotation;

(6) Tighten the nut after passing the inspection.

Next : Usage description of hydraulic hose